Our Vedanta teachers serve the world dedicatedly and tirelessly, always keeping in line with Swami Chinmayananda’s Vision and Mission. 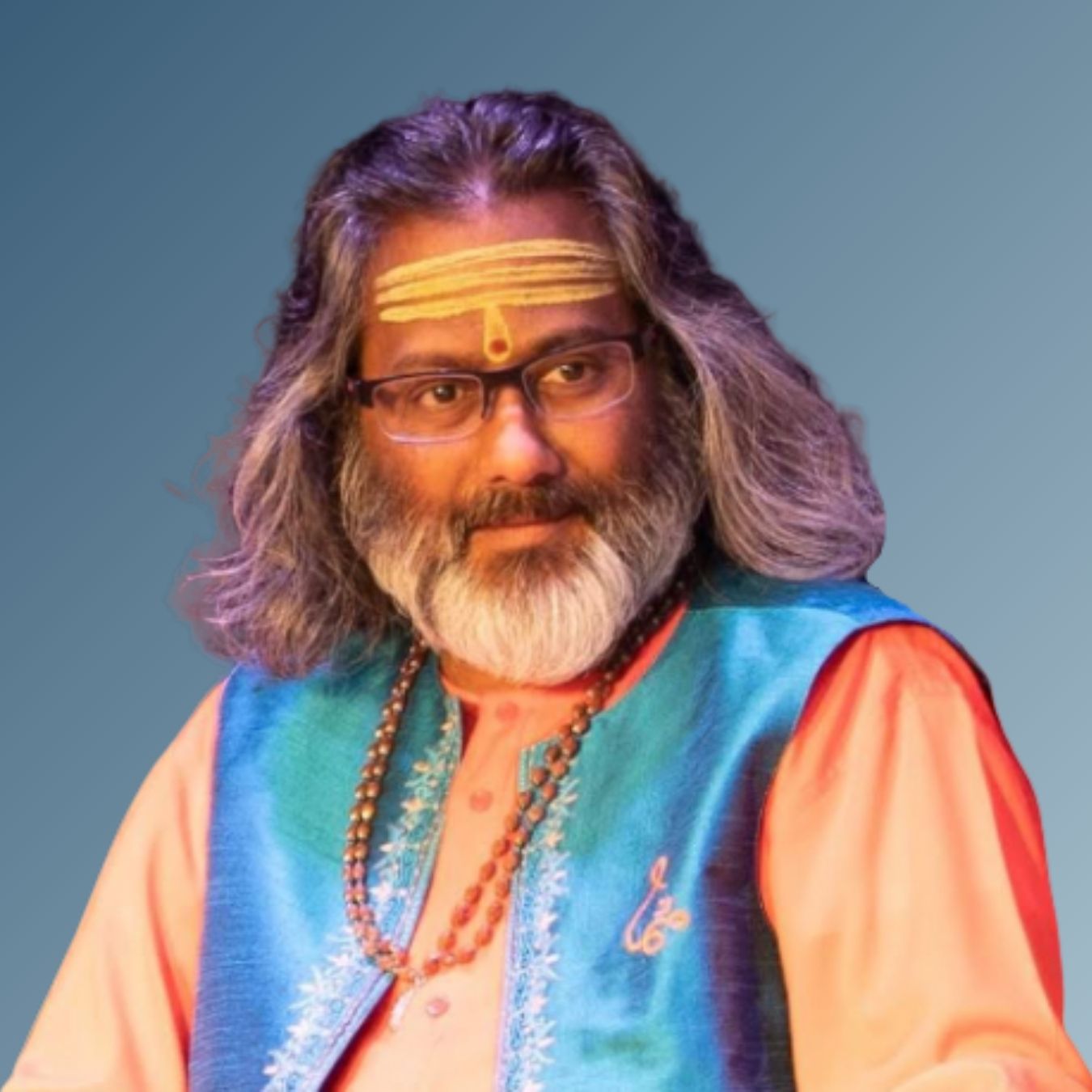 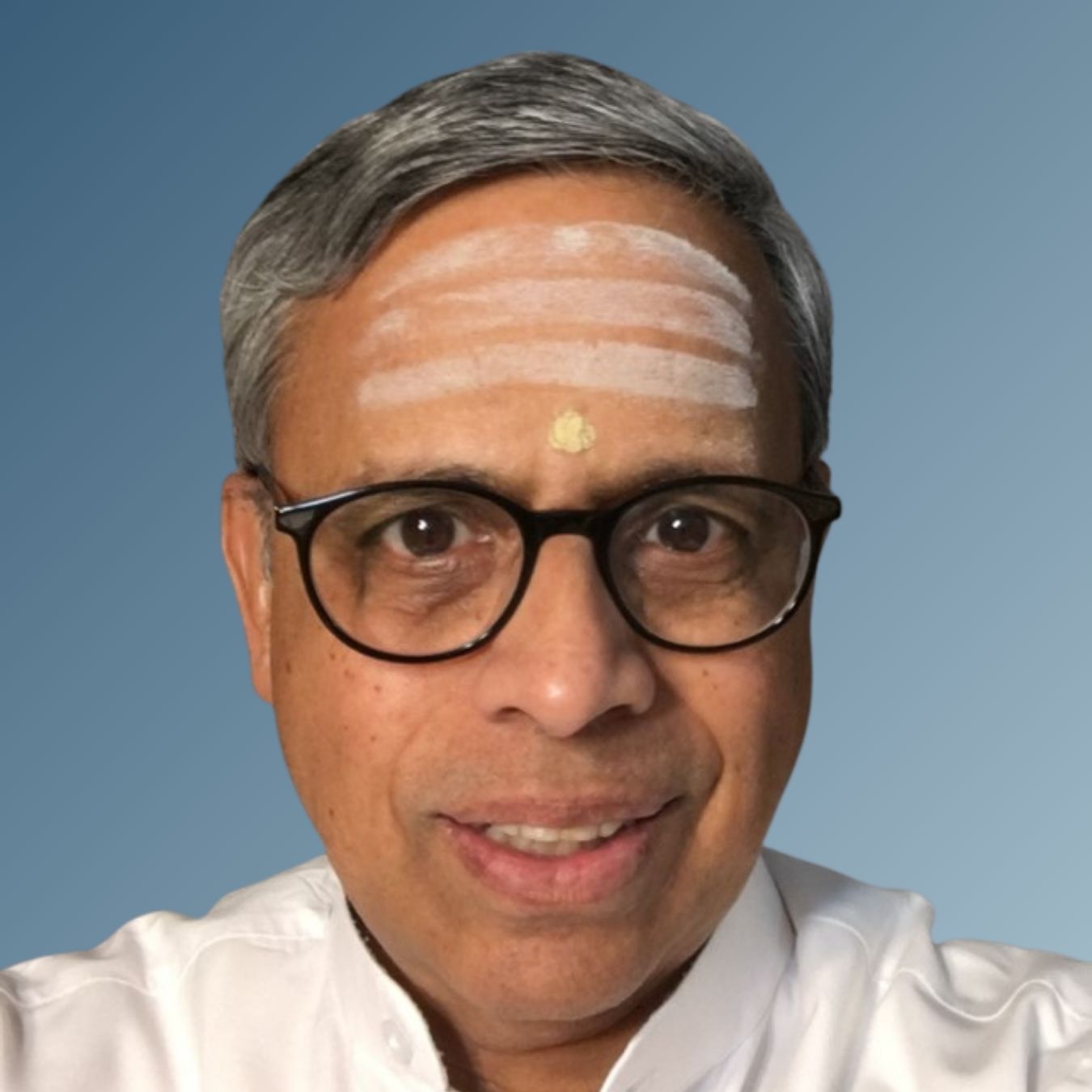 Anant Sarma, a graduate of the Indian Institute of Technology, Madras came to the US in 1975 to pursue graduate studies. His post-graduate work includes masters and doctoral studies in Engineering and Business administration in Texas. He has extensive academic experience in several US universities and financial administration experience with non-profit organizations such as universities and hospitals.

Anant’s association with the Mission began when he attended Pujya Gurudev Swami Chinmayananda jnana yajna in 1981, in Houston, Texas. When he moved to the Washington D.C. area in 1989, he pioneered Mission activities in Baltimore, Maryland. As a serious student of Vedanta and a key Sevak, Anant has also served as a member of the CMWRC executive committee and Board of Trustees. He has played a leading role in building a strong foundation for CMWRC growth in finance and administration. He has organized Pujya Gurudev Swami Chinmayananda’s camps and yajnas in the D.C. area.

In 2005 Anant after taking early retirement, joined the Chinmaya Mission’s two-year, residential Vedanta course at Sandeepany Sadhanalaya, Mumbai where he received rigorous training in scriptural studies under the guidance of Swami Tejomayananda.

After completing the course in 2007 he was posted to the Chinmaya Mission Washington Regional Center (CMWRC) to serve in Northern Virginia. During his ten-year tenure in Virginia, he was the resident Acharya for the Northern Virginia chapter of Chinmaya Mission Washington. He served as the project director for the $12M, 33,000 sq ft building on a 10-acre campus of Chinmaya Somnath in Chantilly, VA. He was instrumental in the growth of the chapter where over 650 children attend Bala Vihar classes every week. He was instrumental in the opening of Chinmaya Blossoms, a preschool for sowing the seeds of Hindu Culture today in the minds of children who are our future of tomorrow. He has also conducted Vedanta classes in Frederick, and Salisbury in Maryland, as well as Ashburn and Fairfax in Virginia. Anant also served at Chinmaya International Foundation (CIF) in Kerala, India, and helped in the launching of its e-Vedanta course. He continues his support to the Chinmaya Vishwa Vidyapeeth, a new University near Ernakulam, Kerala in India.

In 2017 Anant moved to Delaware and continued to teach Upanishads, Bhagavad Gita, and prakarana granthas of Vedanta in Salisbury, MD, and other parts of Delmarva. Now he has moved to Cleveland, OH, and continues his spiritual teaching in this area.  In September 2020, he has started the series of lectures with the title Vedanta Varshini and the first set of 15 talks in this series is called Vedanta 20/20 will be an Introduction to Vedanta. This will be followed by other Vedantic texts, both prakarana granthas, and Upanishads.  Please contact Chinmaya Mission Cleveland to find out how you can participate in these lectures and listen to and read past talks by going to the Vedanta Varshini portion of the website. 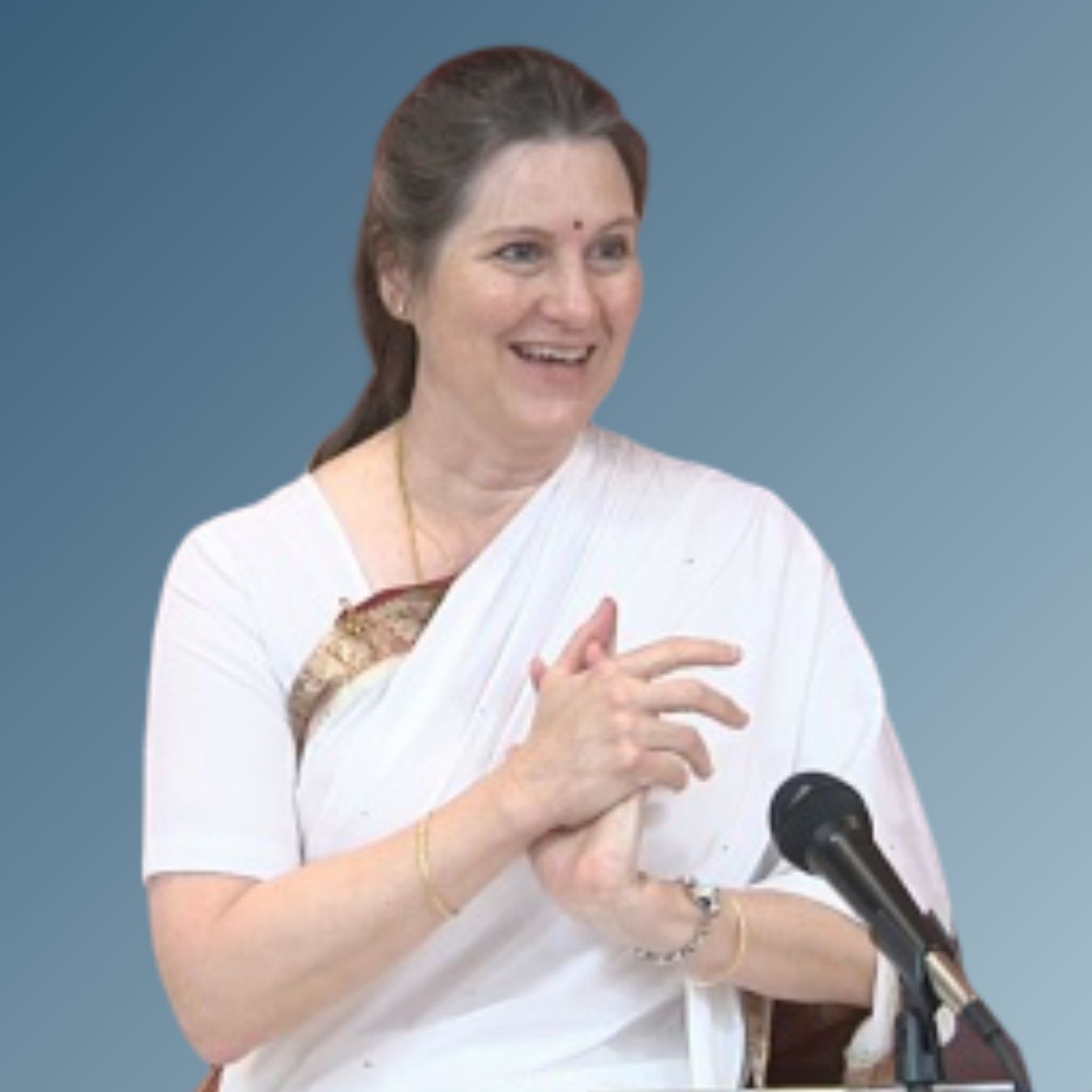 Vilasini Balakrishnan spent her teen years questing for the meaning of life, and she found her answer in India during her Junior semester abroad as a comparative philosophy student. The greatest fortune of her life was meeting Swami Chinmayananda and beginning her Vedanta sadhana in 1975. She graduated from Tufts with a B.S in philosophy, and in 1978, she graduated from the Mission’s two-year Vedanta course at Sandeepany Sadhanalaya in Mumbai.

In 1984, Swami Chinmayananda assigned Vilasini as Editor of CMW’s Mananam series, and she revamped the design to its current form. In 1986, Vilasini and her husband Suresh moved back to Washington, DC, and started study groups in MD and VA. Both were founding trustees of CMWRC in 1989. Swami Chinmayananda placed Vilasini on CMW’s Board of Directors and later appointed her as CMW’s Executive Secretary.

In 1997 Vilasini became a licensed professional counselor and practiced family and marriage counseling with a Dharmic perspective. She also taught Vedanta and meditation classes. In 1999 Swami Dheerananda asked Vilasini to direct the Maryland Bala Vihar program and later to serve as CMWRC’s Regional Bala Vihar Director. For several years she has been offering weekend retreats in various centers for Devis, parents, and for married couples. Her Spiritual Parenting workshops are extremely popular.

In 2018, Vilasini and her husband Suresh retired and moved to the Jacksonville, FL, area and are conducting Chinmaya classes there while staying active with CMWRC by zoom. People say of Vilasini, “She is always smiling, just as Gurudev tells us to Keep Smiling.” She brings a natural wisdom and compassion to her classes and loves sharing with people the Science of Happiness that is Vedanta. 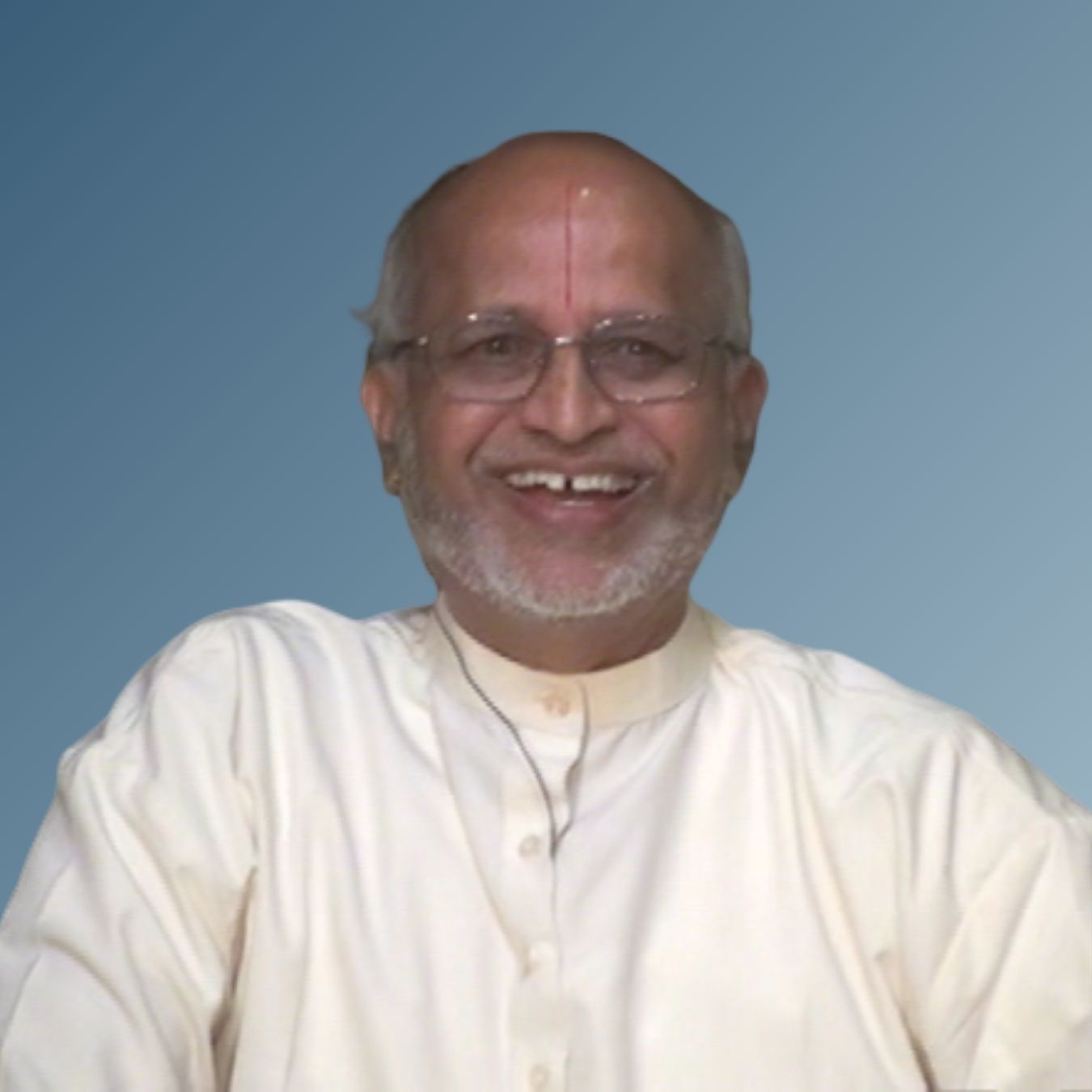 Sada became very active with online discussions on Advaita Vedanta in www.advaitaforum.com. Those discussions have been collected and are published by Indic Academy in book form. Following is the list of books he has written that are available on Amazon. The Indic academy also has uploaded many of his talks on YouTube under Acharya Sadaji. 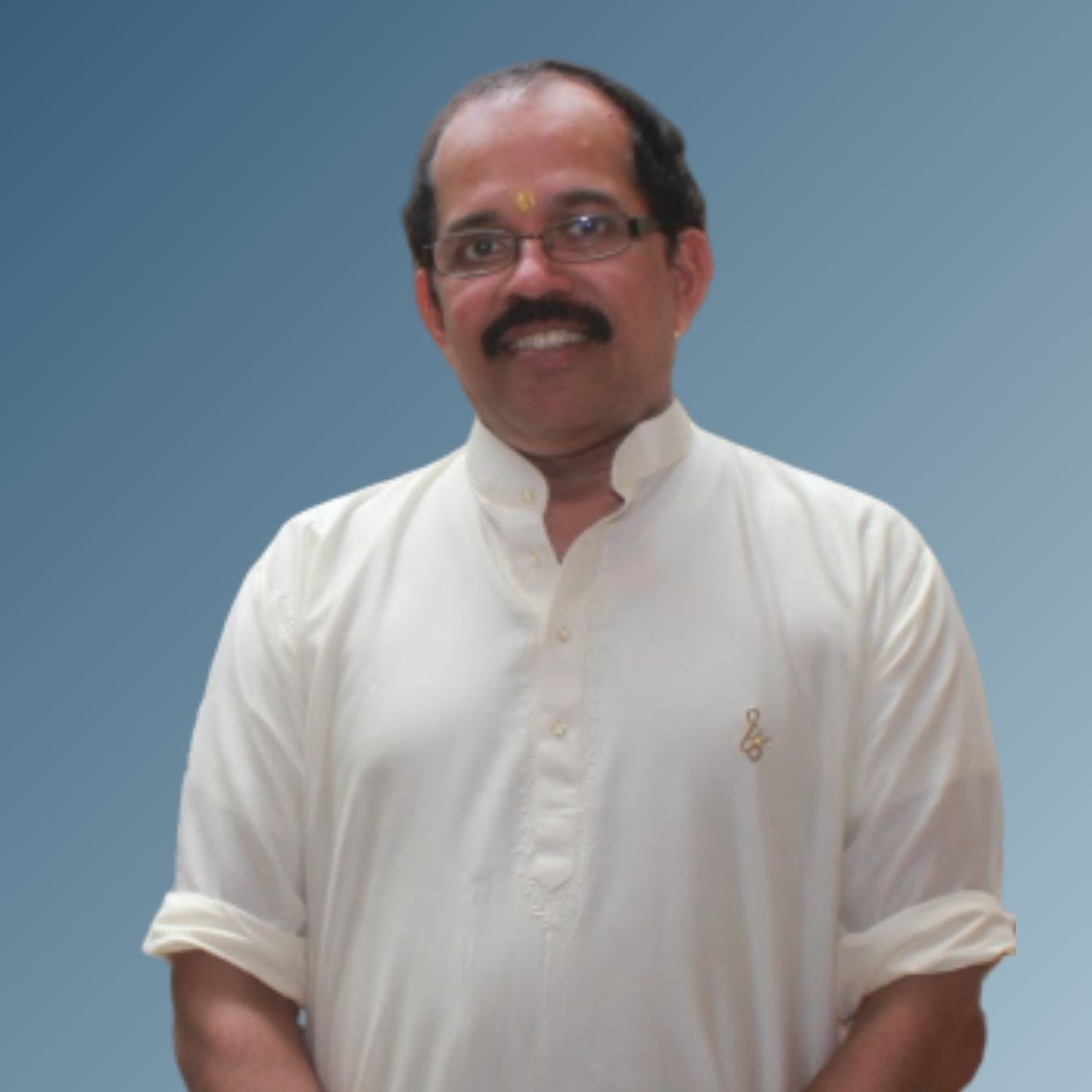 Vijay Kumar has been a member of Chinmaya Mission Washington DC since 1987. Vijay met Swami Chinmayananda in 1973 in Mumbai. In 1982 he moved to Dubai and started attending Geeta study groups there and became a key sevak in organizing Gurudev’s yajna in Dubai in 1986.

In 1987 Vijay migrated to US and since then he has been teaching Vedanta in MD and VA. He is passionate about Chinmaya Study Groups. He will start a group, put someone there to lead the group and go and start the next one. This way he started about 22 study groups. Vijay Kumar is an excellent orator of Vedanta. He is also a member of Washington Interfaith Association and has given lectures in several Colleges, Temples and Churches. He is one of the founding members of CMWRC. Vijay served as a Trustee and Joint Secretary for the CMWRC Board of Directors. He taught Bhagavad Gita classes and study groups in the Frederick Center, MD, for several years.

By profession, he is an Electronic Engineer, and worked for the Department of Defense. Later he took a volunteer assignment to Kabul, where he spent one year as a senior advisor to the Afghan Army and Afghan Policy. The reference letters for appointing to this post were provided by Swami Dheerananda, CMWRC Resident Swami and Capt Pratima Dharam, Hindu Chaplain for the US. Army.

While in Afghanistan, Vijay was selected to be the Religious Lay Leader for Hindu Services, for the US and NATO Forces, known as Distinguished Faith Group Leader (DFGL). Vijay conducted Gita study groups for U.S. Armed forces, foreign Military, and Afghan civilians in Kabul. Approximately 10-15 people attended this Study Group. Details of this class were published in Mananam—Gurudev’s Centenary Series publication named “Scripture A Mirror.” The article appeared under the heading “Gita in War Zone.”

In August 2014, Swami Dheerananda requested Vijay Kumar to teach Gita in one session in Chinmaya Somnath in Virginia. He taught there for 3 years. 1n 2017 he joined the two-year Vedanta course in Sandeepany, Mumbai. In 2019 he completed the course and returned to Washington DC area and resumed teaching in Chinmaya Somnath. 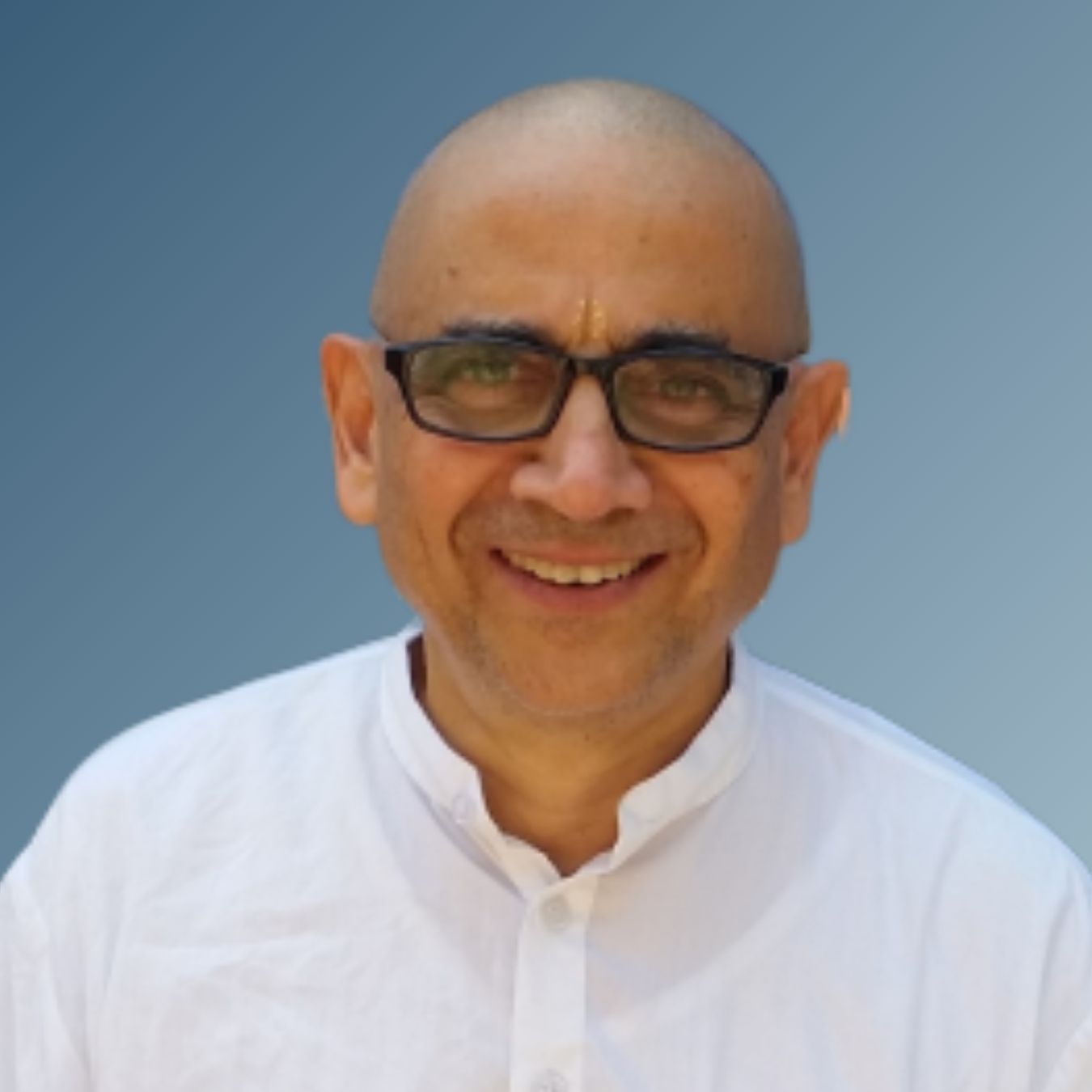 Arvind Bhagwat joined the Chinmaya Family after his wedding to Medha and they have been actively serving CMWRC since they moved to Maryland in 1988. They made it a priority to attend Pujya Gurudev’s camps from 1989-1993 and have continued their spiritual development with Swami Tejomayananada and other spiritual masters.

Under the guidance of Swami Dheerananda and Vilasini Balakrishnan, Medha and Arvind have been actively involved in various activities of CMWRC. Medha and Arvind took early retirement from their active scientific careers in 2017 and embarked on the next phase in their life by moving to Sandeepany Sadhanalaya, Powai, Mumbai, and get formal systematic Vedanta training in the 2-year long residential course. They returned to continue to serve Gurudev at CMWRC. 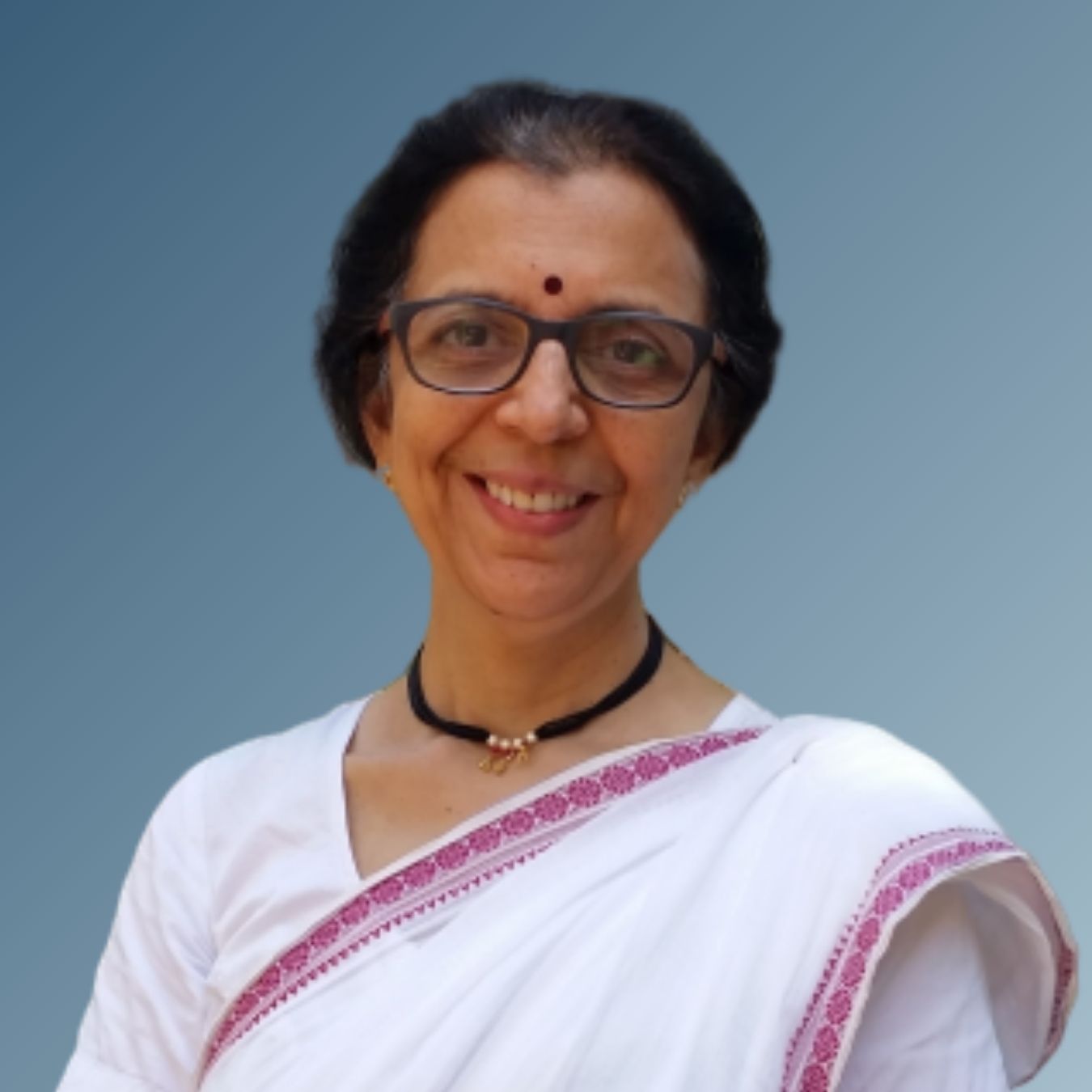 Medha Bhagwat was introduced to Chinmaya Mission by her parents who are devotees of Swami Chinmayananda since the 1970s. Arvind Bhagwat joined the Chinmaya Family after his wedding to Medha and they have been actively serving CMWRC since they moved to Maryland in 1988. They made it a priority to attend Swami Chinmayananda’s camps from 1989-1993 and have continued their spiritual development with Swami Tejomayananada and other spiritual masters.

Under the guidance of Swami Dheerananda and Vilasini Balakrishnan, Medha and Arvind have been actively involved in various activities of CMWRC. Medha and Arvind took early retirement from their active scientific careers in 2017 and embarked on the next phase in their life by moving to Sandeepany Sadhanalaya, Powai, Mumbai, and get formal systematic Vedanta training in the 2-year long residential course. They returned to us this year to continue to serve Gurudev at CMWRC.

Medha Bhagwat is also a member of the Board of Trustees for the Chinmaya Blossoms Pre-School program. She has recently started the Shishu Vihar program. 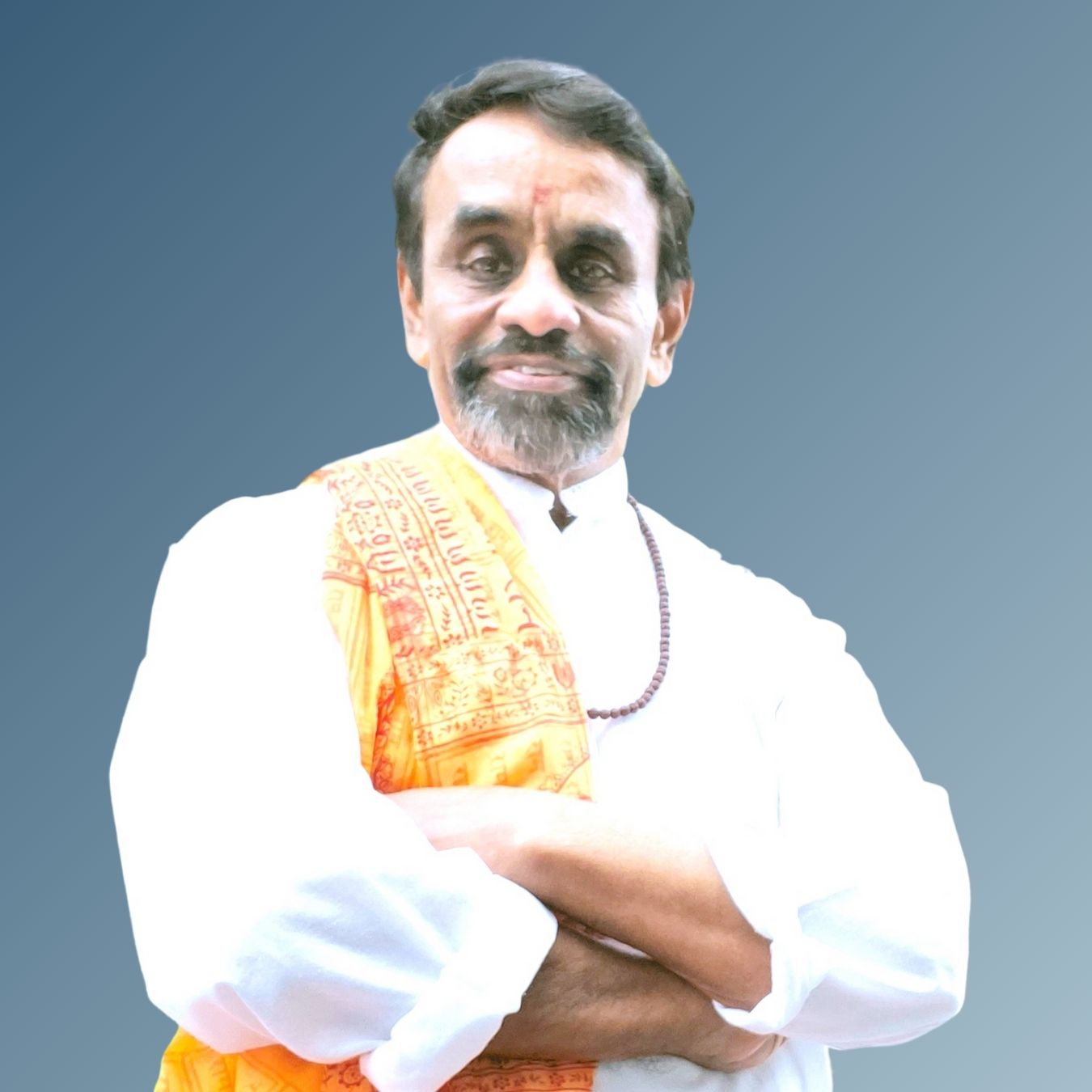 B K Sathyanarayana has been serving the Mission for more than 20 years and is one of the founding members of the Frederick chapter. He completed his Vedanta study under Swami Bodhatmananda and is returning to serve CMWRC with his wife Sukanya. Sathyanarayana is a retired scientist from NCI/NIH Bethesda and lives in Frederick, MD. 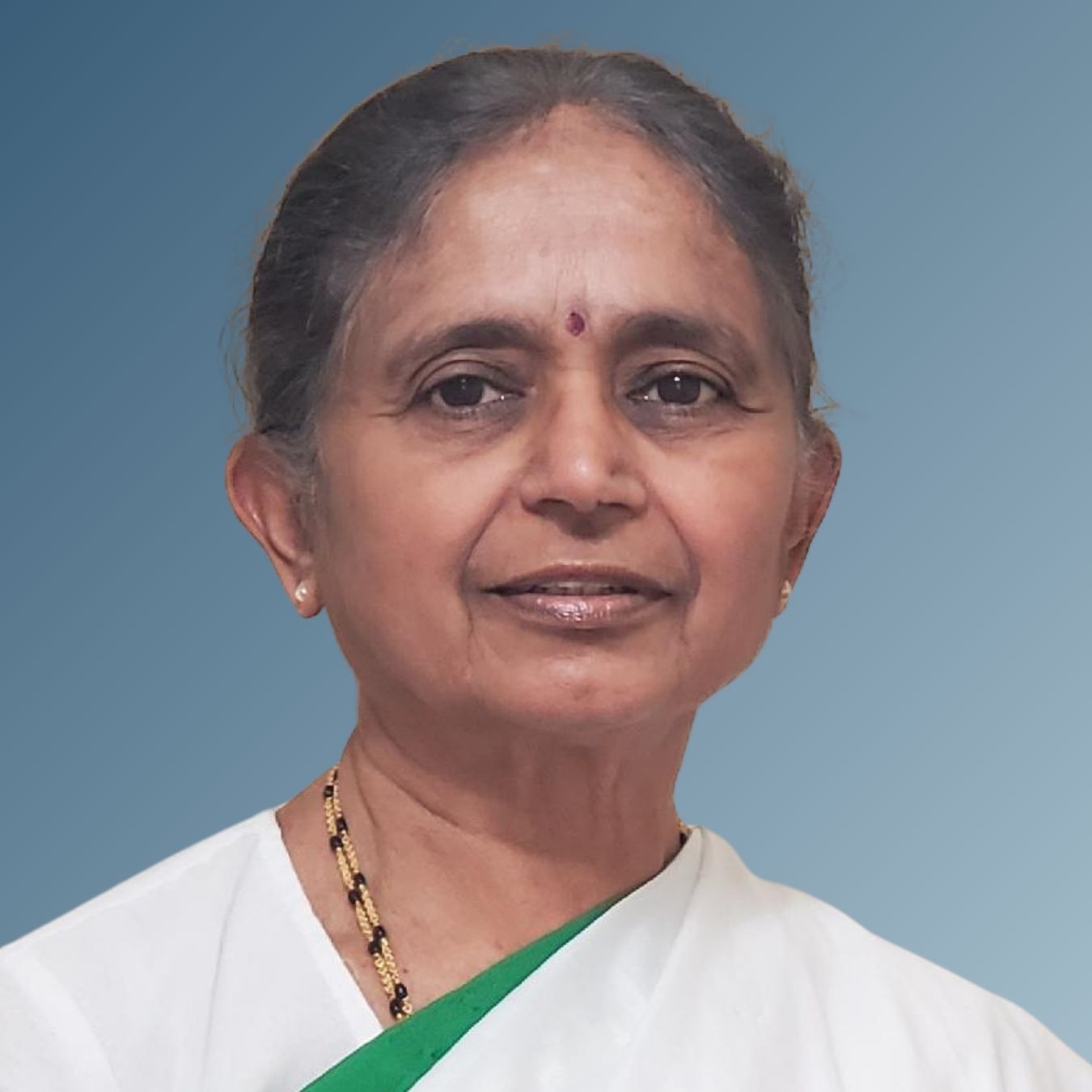 Sukanya Sathyanarayana, Under the guidance of Swami Dheerananda has been instrumental in developing Frederick  Chapter for more than 20 years teaching Balavihar and stotram class.

Sukanya completed the 17th Vedanta course at Sandeepany Sadhanalaya  Mumbai under the guidance of Swami Bodhatmananda. She is back to serve the Frederick chapter of the CMWRC with her husband B K Sathyanarayana.